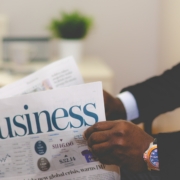 As you may have heard the CFPB issued recent guidance on overdraft programs. There are
some important takeaways that should be discussed with your team and implemented as soon
as possible.

What are surprise fees:

An overdraft fee can become a surprise fee when the customer doesn’t reasonably expect
their actions to incur an overdraft fee. When financial institutions charge overdraft fees,
sometimes as much as $36, they may be breaking the law.

What to do: Update policies and procedures to implement the new guidance.

When a consumer deposits a check that bounces, banks sometimes charge a fee to the
depositor (usually $10 to $19). However, the depositor has no idea or control over whether
the check will clear, and sometimes, that person is the victim of check fraud.

Example: Customer tries to deposit a check, but the check originator does not have enough
money available in their account. Charging a fee to the depositor penalizes the person who
could not anticipate the check would bounce, while doing nothing to deter the originator
from writing bad checks.

What to do: Employ more tailored fee policies that charge depositor fees only in situations
where a depositor could have avoided the fee, such as when a depositor repeatedly deposits
bad checks from the same originator.